This article was originally published on Inman News:
After being off the grid for a week, re-entering the real estate fray was a whiplash-inducing event. If you were away like me, you’ll want a recap of the latest news — here’s the unofficial breakdown:

I was lucky to be involved in a portion of this year’s-long research project. NAR interviewed consumers and members to find out what the organization means to them, and what it should mean. The logo was just one portion of the discussion.

My initial reaction: “You can’t change the block R!”

Look at every dynamic brand, though — marks and logos evolve. Ours is tired. It has a preposition in italics, folks.

It was a foregone conclusion that 1.3 million independent contractor-marketers would disagree broadly on the outcome. You did. But I liked the update.

You want change at NAR? How about $0.19 per member (the cost of the entire communications outreach and design process so far). We now have vast amounts of consumer feedback on the organization in general, and just as much member feedback. 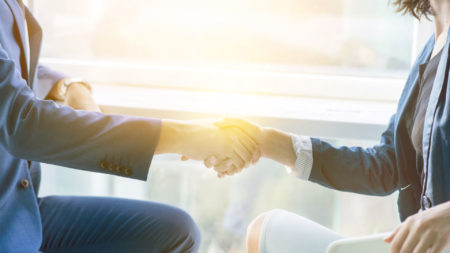 Leadership will continue to push the envelope, even when it’s (very) uncomfortable.

Opendoor is raising another $200 million

I continue to respect the talented people who make this work for a niche group of sellers who need a quick out. Cheering the iBuyer, though? These transactions, so-called “fast and furious,” look today more “rash and injurious” for the average homeowner.

My mother always said, “To whom much is given, much is expected,” (biblical, not Marx). What are our best and brightest (and wealthiest) focused on? They’re using their talents to help more homeowners turn retirement wealth into a massive convenience fee.

Zillow’s an iBuyer now too

Zillow is now one of the iBuyers in its Instant Offers marketplace. Investor buyers benefit from less buyer competition. One offer, one homeowner focused on a single number — that’s the investor’s sweet spot.

So we could have more consumers getting more offers and more transactions happening within Zillow’s marketplace. Is that enough for investors, or do they want margins on flips as soon as possible?

It would be no surprise if all of the other iBuyers disappeared from this marketplace in the near future.

DocuSign filed for its IPO

This a big win for NAR and its Second Century Ventures, an early investor in DocuSign. Tech vendors can gain a huge adoption advantage from the trade organization. Expect even more growth of the REach Accelerator as startups connect the dots.

This one’s interesting — did you miss it? Zillow Group is requiring some top producing new construction agents to pay to display their listings. Even if these listings have already been made available via the multiple listing service (MLS) for Zillow to display to consumers, no pay, no play — you’re blocked.

Cue a pained, twisted PR explanation that ends with “good for the consumer,” and no comment on who or what’s next. Did this hot tub just get warmer?

In markets like Seattle, the online buyer leads game feels like it’s almost squeezed out, which is clearly why we’re seeing a cafeteria menu of lead types these days. I’m telling my agents to call their spheres. It’s refreshing.

Regarding no. 2: sometimes you have to throw away the typewriters to get everyone working on word processors.

Current industry vendors almost exclusively use RETS. When the Austin Board of Realtors opened up its groundbreaking developer reference server to the world, though, big tech understood and adopted the API immediately. That’s Google, Microsoft, etc.

The few real estate vendors who deliver via web API today include Zillow’s Bridge Interactive and CoreLogic’s Trestle. Let’s get everyone on board.

Arizona’s Regional MLS is joining forces with Metro MLS in Wisconsin. This concept has been batted about here and there, but the actual movement toward a non-contiguous MLS is a big domino falling. Geography no longer impedes MLSs’ ability to serve brokers. Only our willingness to cooperate, or lack thereof, stands in the way.

What won’t change in the next five to 10 years in your marketplace?

Sam DeBord is Managing Broker/VP of Strategic Growth for Coldwell Banker Danforth, Past President of Seattle King County Realtors, and 2018 Vice Chair of NAR’s Multiple Listing Issues and Policies Committee. You can find his team at SeattleHome.com and SeattleCondo.com.